Investor warning: The following post is for entertainment purposes only, and should not be considered as financial advice of any sort.

In Feb 2016, we made a forecast that Oxford Nanopore would go out of business by the end of 2017. That did not happen, and we do deserve to get an ‘F’ for that forecast. We would also like to take this opportunity to make our readers aware of a relevant (and highly controversial) investment research report that came out recently.

The report was written by Ms. Anne Stevenson-Yang, who co-founded J. Capital. You can follow her on twitter at @doumenzi. Here is her background from an article in Barrons -

Few foreigners know China as intimately as Anne Stevenson-Yang does. She has spent the bulk of her professional life there since first arriving in 1985, working as a journalist, magazine publisher, and software executive, with stints in between heading up the U.S. Information Technology office and the China operations of the U.S.-China Business Council. She’s now research director of J Capital, an outfit that works for foreign investors in China doing fundamental research on local companies and tracking macroeconomic developments. 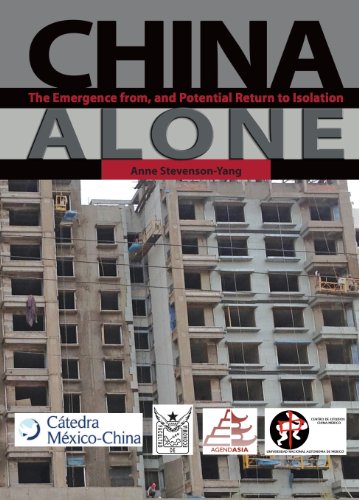 She also wrote a book on Chinese economy titled - China Alone: The Emergence From, and Pending Return To, Isolation. I read the book and found it super-informative as well as thought-provoking in its predictions. If you are wondering what her expertise on China has to do with investment analysis of Oxford Nanopore, we will get to that shortly.

Ms. Stevenson-Yang’s research report analyzes IP group, the British publicly traded fund sponsoring Oxford Nanopore. The fund is run by British investor Neil Woodford, often described as “Britain’s very own Warren Buffet”. Ms. Stevenson-Yang spent a lot of time analyzing the prospects of Oxford Nanopore, because it is the largest component in IP group’s fund. In her report, she reported two significant findings, and both were possible, because she could do due diligence inside China.

Our readers may recall that the last time Oxford Nanopore raised money in Dec. 2016, it added a new investor from China named GT Healthcare. Ms. Stevenson-Yang suspects GT Healthcare is more likely a British fund than an independent Chinese/Asian fund. In her report, she showed a photo of the supposed office of GT Healthcare in Nanjing that did not exist !! She also wrote -

In fact, GT Healthcare looks very much like a British fund transplanted to Asia. In addition to Nanopore, it reports investing in Immunocore, Jupiter Diagnostics, and Organox, all British companies, and RareCyte, based in Seattle, with no reported Asian operations.¹⁰ Of the investees, Immunocore is also a Woodford investee and Organox is another Oxford University company. That leads us to suspect that GT Healthcare may be another in the cluster of related-party funds that are helping pump up Nanopore’s value—but we have no evidence that that thesis is true.

This finding is important, because the super-high valuation of Oxford Nanopore is (kind of) justified, only if completely independent new investors are willing to fork out money at that higher valuation.

2. On Nanopore’s Claimed Expansion into China

Ms. Stevenson-Yang’s report from China have another interesting finding. By talking to companies there, she found that the early enthusiasts of Nanopore devices in China are not asking for a second serving.

After a decade without revenue, Nanopore showed some progress in 2016 and has sold several of the newest Nanopore devices, the GridION, in the Chinese market in 2017. The company announced that it has appointed a distributor in China, Shanghai NanodigmBio. But every one of the six Chinese GridION and MinION buyers we spoke with said they were disappointed and did not plan to buy again.

In her report, she mentioned talking to an employee of one of the three recently announced Chinese buyers of Nanopore. The comment from the employee was highly negative -

“Their technology is not very mature…. We spent all this money, but we achieved about 10% of the expected results.” He added, “We think about 80% of what company management says is bull.”

We should mention that some early Nanopore enthusiasts in India we talked to made similar comments.

In addition to above points, her report includes a lot including some explosive claims about the possible motivation behind IP Group’s recent hostile takeover of Touchstone. Enjoy it at this link.