Year 2013 is turning out to be the year of frustrated realists, who cannot tolerate the hype-driven science any more. Adrian Bird, who earlier presented epigenetics as a genuine scientific field (see here and here), expressed his frustration with the hype in a recent Cell commentary, and added ENCODE, GWAS and long non-coding RNAs for good measure. Now another critical piece appeared on the burgeoning field of metagenomics from a researchers, who was more positive in the past. 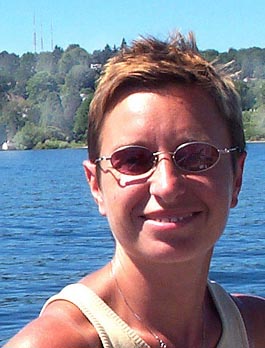 Ludmila Chistoserdova, a researcher from University of Washington, wrote two hopeful commentaries on metagenomics in 2010.

Recent progress and new challenges in metagenomics for biotechnology

However, her recent commentary titled - “Is metagenomics resolving identification of functions in microbial communities?” is far more critical. In a section titled - “Did new-generation sequencing technologies really transform metagenomics?”, she wrote:

For example, it has been concluded from the analysis of massive data representing various mammalian metagenomes that the communities were functionally redundant (Lozupone et?al., 2012). However, this conclusion is most likely due to the coarse-grained nature of defining a function.

Hmmm….the authors redefined the word ‘function’ to make inflated claims. Where did we hear that before?

Also her revered tone in previous reviews is replaced with subdued (and sometimes overt) mockery, as you can see below (emphasis ours).

However, these days, most scientists do not have a chance to have a look at the raw data, for the sheer volume of them, and thus they rely on the software packages, some of which are designed to process the data all the way from raw input to a variety of statistical analyses, expressed as either simple graphs or very sophisticated displays (Caporaso et?al., 2010; Gibbons et?al., 2013) that would make modern art museums proud were such displays made in acrylic and on large canvases. As a biologist, I still believe that the goal of bioinformatics is to help decipher biological meanings and trends as opposed to be an activity on its own. Sometimes I simply gaze at some of these displays having no idea of what they might mean. I recently reviewed a paper that was based on such push-of-a-button analysis of microbial communities representing dramatically different soils, including pristine versus agricultural (nitrogen-impacted). This manuscript had the most beautiful graphs, but they made absolutely no sense as the analyses noted no difference between the two types of soils, whichever comparative dimension was applied. However, a large body of prior knowledge on the effect of nitrogen onto microbial communities exists (Ollivier et?al., 2011) that disagrees with these automated analyses (and beautiful but useless graphs).

What happened? It seems she finally figured out the BS that is going on, just like Adrian Bird. Her previous review of the field (“Functional Metagenomics: Recent Advances and Future Challenges”) used the word ‘insight’ 12 times, which was only 1/3rd of ours here:

Shocking Finding that a Genome by Itself Provides Little Insight

In the bigger context, the researchers in metagenomics are experiencing the same three-pronged problems that we did with our bootstrapped genome project, or experienced with our chlamy transcriptomics paper discussed here (Good Riddance Death of the Genome Paper).

1. High-profile commercial journals want genome papers, because ‘Genome of Honey Bee Decoded’ is far more newsworthy than a truly informative paper analyzing the function of a gene active in the brain of queen bee or comparing the genomes of bees, ants and other social insects.

3. Genomes, by themselves, provide very little insight into the functions of genes.

In our experience, even though our chlamy paper was three years early and provided more functional information than the genome paper, top journals did not take it in 2004. Yet the genome paper (which incidentally did not cite our paper) was accepted by Science in 2007 for discovering not much from the genome.

Are all hopes lost on metagenomics? Maybe not. On the positive side, a company named Warp Drive Bio that uses metagenomics to discover drugs from natural products is back into news. The company was founded through an innovative financial deal in the form of a call option arrangement with the big Pharma Sanofi. Now a Harvard professor, who founded the company, is taking three years’ leave from the university to run it as the CEO. The company is making claims that they have “two molecules within striking distance of human studies”.

Those watching the field might wonder if the research communitys enthusiasm is grounded in reality. Whenever Verdine waxes too rhapsodically about the science his company is pursuing, hes brought back to Earth by one of Warp Drives board members, Greylock venture capitalist Bill Helman. According to Verdine, he likes to ask, Yeah, Greg, but where are the drugs?

That question is one that scientists at the biotech firm pose to one another on a regular basis as a playful reminder of their mission. In its first six months, Warp Drive tested the power of its technology by rediscovering through gene mining every known compound, plus a half-dozen new ones, in the drug class it is pursuing, Verdine says. By the end of 2014, Warp Drive expects to have two molecules within striking distance of human studiesthat is, with an established mechanism of action and reasonable pharmacological properties.

Are those claims inflated as well? We do not know and some readers of ‘In the Pipeline’ blog are skeptical.

More From Warp Drive Bio (And Less From Aileron?)

Even if I ran a 10billion$ R&D; unit somewhere, I would be very skeptical of paying a significant amount of money to access their new library.

It’s funny how you can’t get grant funding to go on a fishing expedition but you can get big VC/pharma money.

Still we choose to give Warp Drive Bio the benefit of doubt, as long as Sanofi and VCs are buying their expensive train ticket.